How Much Does an Airline Pilot Earn? 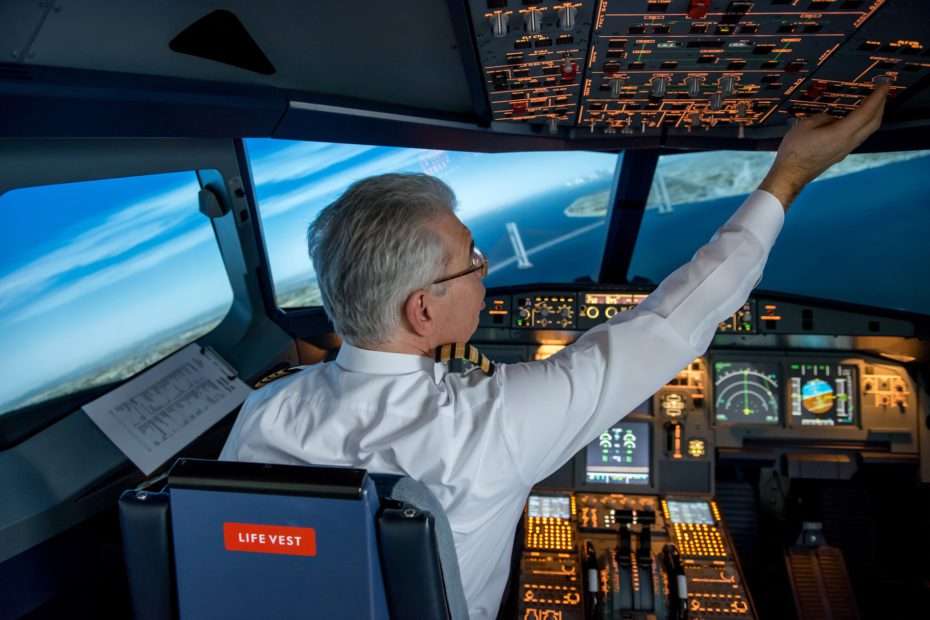 In May 2018, the median annual wages for airline pilots, copilots, and flight engineers in the top industries in which they worked were as follows:

In May 2018, the median annual wages for commercial pilots in the top industries in which they worked were as follows:

Airline pilots usually begin their careers as first officers and receive wage increases as they accumulate experience and seniority.

In addition, airline pilots receive an expense allowance, or “per diem,” for every hour they are away from home, and they may earn extra pay for international flights. Airline pilots and their immediate families usually are entitled to free or reduced-fare flights.

Federal regulations set the maximum work hours and minimum requirements for rest between flights for most pilots. Airline pilots fly an average of 75 hours per month and work an additional 150 hours per month performing other duties, such as checking weather conditions and preparing flight plans. Pilots have variable work schedules that may include several days of work followed by some days off.

Airline pilots may spend several nights a week away from home because flight assignments often involve overnight layovers. When pilots are away from home, the airlines typically provide hotel accommodations, transportation to the airport, and an allowance for meals and other expenses.

Most airline and commercial pilots belong to a union.

Overall employment of airline and commercial pilots is projected to grow 6 percent from 2018 to 2028, about as fast as the average for all occupations.

Most job opportunities will arise from the need to replace pilots who leave the occupation permanently over the projection period.

Job prospects may be best with regional airlines and nonscheduled aviation services because entry-level requirements are lower for regional and commercial jobs. There is typically less competition among applicants in these sectors than there is for major airlines.

Pilots seeking jobs at the major airlines will face strong competition because those firms tend to attract many more applicants than the number of job openings.

Airline and commercial pilots fly and navigate airplanes, helicopters, and other aircraft.

Pilots typically do the following:

Pilots plan their flights by checking that the aircraft is operable and safe, that the cargo has been loaded correctly, and that weather conditions are acceptable. They file flight plans with air traffic control and may modify the plans in flight because of changing weather conditions or other factors.

Takeoff and landing can be the most demanding parts of a flight. They require close coordination among the pilot; copilot; flight engineer, if present; air traffic controllers; and ground personnel. Once in the air, the captain may have the first officer, if present, fly the aircraft, but the captain remains responsible for the aircraft. After landing, pilots fill out records that document their flight and the status of the aircraft.

Some pilots are also instructors using simulators and dual-controlled aircraft to teach students how to fly.

The following are examples of types of pilots:

Airline pilots work primarily for airlines that transport passengers and cargo on a fixed schedule. The captain or pilot in command, usually the most experienced pilot, supervises all other crew members and has primary responsibility for the flight. The copilot, often called the first officer or second in command, shares flight duties with the captain. Some older planes require a third pilot known as a flight engineer, who monitors instruments and operates controls. Technology has automated many of these tasks, and new aircraft do not require flight engineers.

Commercial pilots are involved in unscheduled flight activities, such as aerial application, charter flights, and aerial tours. Commercial pilots may have additional nonflight duties. Some commercial pilots schedule flights, arrange for maintenance of the aircraft, and load luggage themselves. Pilots who transport company executives, also known as corporate pilots, greet their passengers before embarking on the flight.

Agricultural pilots typically handle agricultural chemicals, such as pesticides, and may be involved in other agricultural practices in addition to flying. Pilots, such as helicopter pilots, who fly at low levels must constantly look for trees, bridges, power lines, transmission towers, and other obstacles.

With proper training, airline pilots also may be deputized as federal law enforcement officers and be issued firearms to protect the cockpit.

You are currently offline